Thierry MACHUEL. A French composer born in Paris in 1962, Thierry Machuel has devoted most of his work to the choral arts, based on texts by contemporary authors in a variety of languages. Today, his work is extending beyond European languages and features a particular interest for testimonial texts, the writings of members of the Resistance or communities whose lives have been marked by singular experiences. Along with Ann-Marie Sallé, for the third time, he is running writing workshops for prisoners in Clairvaux, to put their texts to music. The resulting works, Paroles contre l’oubli and Nocturnes de Clairvaux, as well as a documentary film devoted to the workshops that took place in the 2008 season (Or, les murs…, directed by Julien Sallé) are published by Aeon and performed by Les Cris de Paris, François-René Duchâble and the Pasquier Trio (Grand Prix of the Charles Cros Academy, 2010).

He was resident at the Villa Médicis from 1996 to 1998, the Casa de Valazquez from 1999 to 2001, and has just obtained a grant from the Beaumarchais Foundation (SACD) as well as a commission from the Ministry of Culture for the composition of his next opera.

He has just been awarded the 2011 Grand Prix Lycéen des Compositeurs for Paroles contre l’oubli by a large majority. His choral works are today played in many countries.

Dominique LEMAÎTRE. From his Arts, musicology, electroacoustics and musical creation studies, Dominique Lemaître has succeeded in achieving a synthesis and composed for a large variety of ensembles: his instrumental solos, his string quartets, his pieces for ensembles or orchestras, his collaborations with fine arts artists and poets all attest to the variety of his work. As early as his first works in which one can still feel the influence of his admiration for Bach, Debussy, Varèse, Ligeti, Scelsi and extra-European music, he has managed to create a sound world which is reflective of him: stellar and transparent music, a metaphor-music of forces sometimes telluric or diaphane. To the sweetness of the subtle intemporal holding of magnificently elaborated tones, this music combines internal violence, both contained and poignant. His subtle and demanding compositions are completely assumed and lead the performer to fertile lands of expression.

Dominique Lemaître was invited as an artist in residence in 2001-2002 by the National Conservatory of Music of Rouen and Haute Normandie Region and in 2004 by the University of Oberlin (Ohio/USA).

After a first monographic CD recorded at the IRCAM in 1995, his CD Litanie du Soleil got a “Coup de Coeur” award at the Academy Charles Cros in 2002. A third monographic CD was released in 2005 including Altius, Circé, Vers l’eau vers le feu and Huit à l’infini. 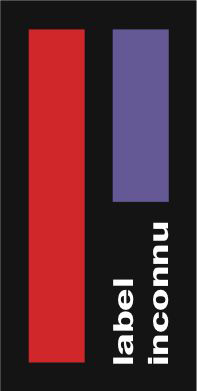